A Matter of Perspective

Dario Otero, CEO of Youth Lens 360, has created a new kind of media production company—one that puts youth behind the 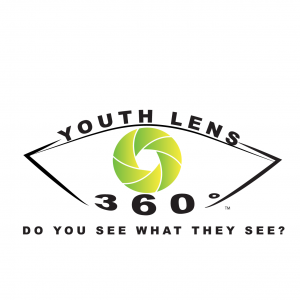 “I knew that the work was out there and that young people [were] already show[ing] up with such brilliant ideas and already knew how to use technology at a very high level,” says Dario.

Youth Lens 360 is the next step in a career Dario has spent investing in young people. As an educator, Dario felt that the classroom only allowed students to take their digital media skills so far.

“They’re doing real world work for money, contracting with people and starting their own companies,” says Dario. “They’ve got to learn how to submit an invoice or make a proposal or figure out how to do this work.”

Beyond the parameters of each job, Dario makes sure his young crew members are well supported. He helps with transportation, proper business attire, and lunch meetings to talk through next steps.

With the rapid growth of the gig economy, Youth Lens 360 is equipping young people with the skills they need to strike out on their own in the digital media industry—especially those who are currently underrepresented in media production.

“A lot of times when we walk into the room and we’re the interview crew—75-85% of us are youth of color and young people learning this craft—it really shocks people,” says Dario. “They love it because it’s a different style and a different approach to the interview.”

At the heart of it, Dario is an original thinker because he believes that there is intrinsic value in the perspective young people bring to a project. He does not see them as mere amateurs learning a craft but as a valuable assets that companies can tap into precisely because of their age.

“People are paying hundreds of thousands of dollars to these marketing companies to go out and find young people between the ages of 14-24 to see if they like this new product,” says Dario. “We have a creative process that we can go through with companies that can help them position their product or service in a way that they may never have seen it before.”

To learn more about Youth Lens 360, view past projects, or to hire them visit their website www.youthlens360.com.