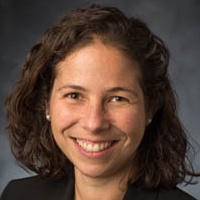 A Voice at the Table

In celebration of Women’s History Month we have asked groundbreaking female leaders in our community to share a piece of their story.  Rebecca Noecker is a community builder, an advocate for social justice, a wife and mother, and a proud resident of Saint Paul’s West Side.
In 2015, Rebecca was elected to represent Ward 2 on the Saint Paul City Council.  She is the youngest member of the Council and the first woman to represent Ward 2.

For most of my life, I’ve been lucky enough not to think about gender.

Growing up, I took for granted the fact that my mother and father were both physicians, that they split the housework evenly, that no one would be there when my brothers and I got home from school. My mother’s mother also worked full-time, as an economist and a high school history teacher, while raising three children. In my young worldview, being a woman was no disadvantage at all.

As I’ve grown older, I’ve come to realize what an unusual environment I was raised in, and how the self-confidence that was baked into me by all the male and female role models around me helped me make my way in a world that still rewards traits that are typically male.

This has become especially evident to me in the world of politics and in a city like St. Paul where “old boys’ clubs”, like landmines, are all over and often invisible – until you’ve stepped on one.

At work, I’m surrounded by thoughtful, eloquent, socially aware women, many of whom occupy leadership positions. But even in the relatively progressive climate of City Hall, I sit through many meetings in which men do 95% of the talking – and not because of the quality of their ideas. At a recent meeting, after the two men in the room had left early, I looked around at the half-dozen smart women at the table – none of whom had yet said a word. “Okay,” I said. “Now that the men are gone, let’s hear from everyone else.” The best ideas of the meeting were generated in the next 30 minutes.

These experiences are making me more aware as a leader—and as a mom. I’m raising my two young boys not to take gender equality for granted, to recognize their responsibility to fight for it every day.