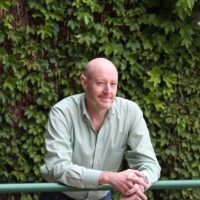 A Crowdfunding Vanguard for Investors, Entrepreneurs

According to Crowdexpert.com, “The crowdfunding industry is projected to grow to over $300 billion by 2025.”  With the new rules for crowdfunding portals, regulation crowdfunding (as opposed to rewards-based crowdfunding, like Kickstarter) has an opportunity to fill in after banks stop lending and/or before an angel or venture capitalist steps in. According to Huffington Post, “blockchain crowdfunding might just be the next step in startup evolution, helping important and interesting projects come to fruition.”

David Duccini likes to be on the forefront of problem solving, saw that evolution of crowdfunding on the rise and waited patiently as rules and regulations evolved so he could breakout his company and help business owners raise capital legally, slashing added fees and helping their dreams grow.

Q. What led to this point?
A. I am a serial FinTech entrepreneur. I grew a Twin Cities-based Internet Service Provider from 1994-2008 through seven acquisitions and one merger before selling it off. I then launched a VOIP company in 2016 and tried raising capital locally and from the coasts. I became familiar with Small Company Offering Registration (SCOR) as an exemption from going public and I found natural synergy with blockchain-based distributed ledgers for shareholder registries in 2010. I then waited patiently for the JOBS act crowdfunding rules to kick in four years later and another two for MNvest to become effective.

Q. What is your business?
A. Silicon Prairie Portal & Exchange is a registered crowdfunding portal operator in Minnesota, Wisconsin, Iowa and nationally through the SEC and FINRA. We help business owners raise capital legally through regulation crowdfunding in the amounts of $1 million, $2 million or even $5 million depending on which exemption from federal securities law is used. This can be in the form of stock, debt, convertible notes or the Simple Agreement for Future Equity (SAFE) instrument.

Using a smart document technology we created called “Geppetto” we are able to dramatically slash the amount of legal costs typical for a Private Placement Memorandum. Once filed and approved by the regulator we host the offering on our website as well as facilitate all financial transactions from investors to issuer. Once the campaign is successful and closed we can manage those shareholders in an “Investor Relations as a Service” model, helping with communications, voting and liquidity, first peer to peer and soon on an approved exchange.

Q. What problems does your business solve?
A. Cost effective capital raising at scale. All fundraising is essentially “the slow conversion of your social capital into financial capital.” Our Geppetto smart document technology slashes the legal costs from the $15,000-$25,000 range down to around $5,000 — and we think we can get it down to about $2,500.

Q. Where did you pivot in your company’s journey? What big obstacle or hurdle did you have to overcome?
A. We have not deviated from plan yet. Our biggest hurdle to date has been dealing with the legacy regulatory apparatus that is in place to maintain the status quo. There are very few “service level agreements” in government agencies and no sense of urgency.

We’re looking forward to the next phase of delivering an intra-state exchange system for exempt securities, something that has been contemplated in states like Michigan, but does not appear to have been tried yet. Under the rules an investor absolutely has the right to sell their interest in a crowdfunded offering to another resident of the state within the first six months and then in theory to anyone in the world. We will likely be the first company ever to put that theory to test….READ FULL ARTICLE

You can hear from startups like this one each Wednesday, 9-10 a.m. at the James J. Hill Center during 1 Million Cups St. Paul. The James J. Hill Center is a nonprofit in downtown St. Paul that provides access to business research, educational programming and a place to work. The Hill is open to the public 8AM – 4PM, Monday-Thursday. To keep updated on what startup is presenting next or to apply to present, visit www.jjhill.org.