For startups, financing can be challenging, and often the biggest barrier. Each month we’re focusing on a different financing option in Minnesota for startups and featuring experts in the field.

(This article originally appeared on BetterSMB) 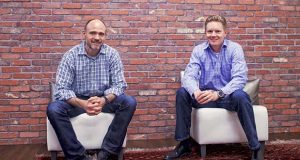 Raising capital to start a new company can be challenging, but with the right knowledge, the endeavor can be successful. Knowing the nuances of each way to raise money as an entrepreneur can help a business owner decide which is best.

For people seeking to fund a company, the best source of information is an entrepreneur who has a successful business in the same or similar industry, but in a different market, said Steven Witt, co-founder and partner of DataTribe, a technology venture capital firm in Fulton, Maryland.

“The greatest thing about being an entrepreneur is that anyone that’s been one will be of the mindset that they want to give back and help the next generation of entrepreneurs,” Witt said.

When a business uses a venture capital approach to funding, some ownership of the company is given in return for the services and capital provided by the firm. This huge injection of funding enables tremendous gains that would otherwise be impossible.

For entrepreneurs not seeking venture capital funding, there are other approaches.

One of the most risky ways to startup a company is by borrowing against personal assets. Witt did this when starting his first company, so he could pay himself a “salary,” but he came within days of having to sell his family’s second car because he couldn’t afford the car payment. Some entrepreneurs even take the extreme measure of liquidating their retirement savings, which Witt doesn’t recommend.

Another approach to raising revenue is through crowdfunding, using websites such as Kickstarter.com. Since its inception in 2009, more than 15 million people have backed almost 150,000 projects there. An advantage to using websites like Kickstarter is that the investor doesn’t get equity in the company or future profits. Instead, they get the product, or a discount, once it is released. While there may be less financial risk in funding a business using this route, if the promised product is not delivered, the entrepreneur keeps the capital but it’s almost certain this entrepreneur will never be able to sell anything again. It has the potential to ruin someone’s reputation.

“One of the top reasons these types of endeavors fail is that a supplier that the businessperson negotiated a deal with either goes out of business or changes the terms, making it impossible for the creator to deliver the product to the crowd funders,” Witt said.

The Small Business Administration can help small firms get financing by guaranteeing loans. It also licenses small business investment companies, which are private investors who can make loans, invest in a share of the company, or do both, with federal backing.

John Funge, DataTribe’s chief product officer, said the businesses that would best utilize this method are those opening a franchise where there is already a predictable model, marketing and other resources that have previously proven themselves to be successful.

“Entrepreneurs need to be really thoughtful about their life stage and their future financial obligations since startups can put extreme stress on a family and personal life. Someone in their 20s likely has more to lose than someone in their 40s who is more established financially,” Funge added.

Business owners can also seek angel investors, who are sometimes found among especially wealthy friends or family. Angels often invest on more favorable terms in comparison to traditional lenders. They often look for something in return for their investment, such as a seat on the board of directors or participation in day-to-day operations, according to the Small Business Administration.

Regardless of how an entrepreneur obtains funding, Funge said business owners should line up two professionals to help their business get the right start.

“Founders of all stripes should find an accountant and a lawyer that they can work with who specialize and can serve as trail guides for starting the company,” Funge said.