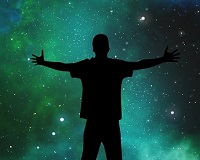 Chris Carlson is an entrepreneur, actor, lawyer and the founder of NarrativePros dedicated to coaching stronger connections. Chris is setting the standard for the Soft Skills Revolution to unleash your efficiency, effectiveness and maximize your input.

Life would be so much easier if everything stayed the same, wouldn’t it? Preparing for that speech or meeting or interview would be a heck of a lot easier if you new exactly what was going to happen, right?

We would adapt to the precise moment when the projector would break. We’d jump right on the last-second agenda change. We could prepare for that last question no one would ever expect.

Awesome concept, right?  Well, not exactly. Quite the opposite, in fact.

First of all, the world isn’t like Groundhog’s Day. Something about the second law of thermodynamics and time’s arrow. Change is our only constant.  Besides, look how unhappy Bill Murray became. Like it or not, we depend on change. Luckily, that’s a skill that you can develop.

One of the highlights of my career has been to work alongside academy award winning actor, Mark Rylance. He has a shelf of awards for his acting, but he’s also a generous director and mentor.

In a play he wrote and directed, I played a snowmobile riding, Norse, frost giant. In most plays, the director gives actors blocking and expects them to always follow it. Mark didn’t. Instead, he described the relationship between characters onstage. If a character moved one way, we would react and respond instead of moving in a rehearsed and rigid fashion that was constructed for us.

His commitment to chaos was so great that he would also change things he thought were working too well. If he thought something became routine, he would break it up and force us back to reacting to it.

This experience gave me a certain comfort in chaos. Through rehearsing in what appeared like chaos I developed an appetite for unpredictability. Because of this method, I actually joined the audience by encountering aspects of the play for the first time every night, together, with them.

Befriending chaos through practice is the first step to handling unexpected moments with ease.

We can “rehearse spontaneity” with the people we seek to connect with. Instead of hoping that things unfold like we plan, we can plan on unpredictability. We can hold on tightly to the points we want to make. But at the same time,  let go of particular thoughts or ideas that hold us back.

Here is an excises to try:

You have just written your own mini-script. Now that you know your steps you can do the dance.

Results May Vary in Delight

Many of my clients do not like the exercise above. It takes work and commitment. What happens though is almost always a delight to them and me. They engage with the change.

They find new words to share the ideas and the “idea” is now fresher than ever. I hear them thinking, not talking. The words they wrote disappear, replaced by thoughts and authenticity.

Isn’t that what we all want? To be with someone who can conquer change. That’s real. That’s worth listening to?

Hear Everyone but Listen Only to Yourself

Remember the idea and forget the words. There is power and presence in that concept.  When you listen to yourself everyone will hear you.