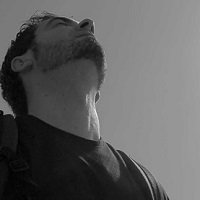 Soft Skills Revolution: A Breath Away

Chris Carlson is an entrepreneur, actor, lawyer and the founder of NarrativePros dedicated to coaching stronger connections. Chris is setting the standard for soft skills training across the region and will be sharing his tips and tricks in our monthly blog Soft Skills Revolution. Come back the first Tuesday of each month and learn key steps to unleash your efficiency, effectiveness and maximize your input.

There is so much in the world we have no control of. That’s why it’s always nice for me to remember that the greatest gift I can give myself, and others, is to just… breathe.

The practice of deep breathing is at the core of connecting with yourself in front of an audience. By the end of this post, you’ll be in on the greatest secret of successful performers and yogis alike.

The Pains in the…

By now, most of you know that I’m a speech coach. So it won’t come as a surprise if I trot out the fear of public speaking as a pain point (by the way, the latest poll has public speaking second to snakes).

In a bit I will cover the direct benefit deep breathing has on public speaking. First, I want to add some other pretty horrible pains most of us have faced in our life:

Deep breathing has been shown to help with ALL of these.

The primary benefit of deep breathing is its calming effect on the body.

People from cultures all over the world have practiced deep breathing for a millennia. How this works is only recently becoming clear to scientists according to an article in New York Times on Why Deep Breathing May Keep Us Calm. Isn’t it nice when science recognizing the benefit of something we’ve been doing all along?

The point is: breathing from your diaphragm calms your body down. And a calm body calms your mind.

The Nuts and Bolts

The key to deep breathing lies in understanding how we breathe. When I give workshops, I often ask everyone to take a deep breath in. I watch as chests heave and shoulders go up.

Many people assume since air goes into our lungs, that’s also what drives breathe. Close, but no cigar.

The diaphragm is a parachute-shaped muscle that sits under your lungs. That’s the muscle chiefly responsible for drawing in your breathe. Despite what my workshop attendees show me, it’s not the muscles around your chest.

The crazy thing is, you already “know” this. Everyone of us breathes quite efficiently when we don’t think about it. Watch someone who is extremely relaxed and you’ll see their belly move up and down more than their chest.

That’s because the diaphragm is contracting to pull in breath. The stomach and surrounding muscles get out of the way and expand outward. This is another reason most people don’t breath efficiently–people are vain. They are concerned about keeping their bellies tucked in.

Deep breathing does two important things for speakers. First, it calms them. Everyone gets nervous to some degree. Deep breathing stems the fight or flight reaction we get when we step in front of a crowd.

Second, deep breathing strengthens and supports a speaker’s voice. With adequate breath, a speaker can speak longer, louder and with greater range. You don’t have to be a performer or singer to benefit from more volume or a fuller voice.

You Can Do It!

Whether you’re a speaker or a stressed-out blog reader, you can start deep breathing now. There is nothing fancy or complicated about deep breathing. The process begins with an awareness of your breath.

Since you’re doing this, I will assume you are not familiar with deep breathing technique. This means that, probably, you felt your chest move as much or more than your stomach.

Here’s a cool trick I just found out while writing this: Google “deep breathing”. You should get a one-minute guided breathing exercise. I shouldn’t be too surprised since I read that Google teaches breathing to its employees.

Don’t believe me, though. Go Google it! And breathe…