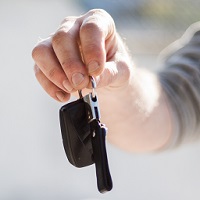 Chris Carlson is an entrepreneur, actor,  lawyer and the founder of NarrativePros dedicated to coaching stronger connections. Chris is setting the standard for soft skills training across the region and will be sharing his tips and tricks in our monthly blog Soft Skills Revolution. Come back the first Tuesday of each month and learn key steps to unleash your efficiency, effectiveness and maximize your input.

I used to have a hard time finding my keys. Then I bought this little plastic disk that my phone can make beep. They’re usually sitting right on the counter, hidden in plain sight.

A recent survey of 2.6 million employers reported that 59% have difficulty finding candidates who are proficient in “soft skills.” I believe that soft skilled people are really not that hard to find. They just need to tag their skills with the equivalent of that beeping disk.

Making your own soft skill set “beep” out begins with understanding why they’re “soft”, what are the skills and the value to employers.

The Soft
Among the most sought-after soft skills are the “4 Cs”: Critical Thinking, Communication, Collaboration and Creativity. 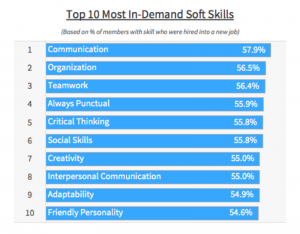 From the beginning soft skills have been associated with misunderstanding.

One of the biggest insights to soft skills is how little we know about them and ourselves. Studies like Sage Journals “Perceived Versus Actual Transparency of Goals in Negotiation” have shown how we believe others see us and what they actually perceive are statistically unrelated. The only accurate way to gauge how you’re being perceived is to ask someone else.

And yet, as Seth Godin points out “what actually separates thriving organizations from struggling ones are the difficult-to-measure attitudes, processes and perceptions of the people who do the work.”

The Skills
In that aptly titled post, “Let’s Stop Calling Them ’Soft Skills,” Godin argues that the term should be avoided:

“We call these skills soft, making it easy for us to move on to something seemingly more urgent. We rarely hire for these attributes because we’ve persuaded ourselves that vocational skills are impersonal and easier to measure.”

He feels that they are more accurately understood as “real skills” because of their impact on businesses:

“…when an employee demoralizes the entire team by undermining a project, or when a team member checks out and doesn’t pull his weight, or when a bully causes future stars to quit the organization — too often, we shrug and point out that this person has tenure, or vocational skills or isn’t so bad. But they’re stealing from us.”

He then goes on to list nearly 100 different skill sets in five categories that make up his first draft of real skills.

The Value
Godin’s argument carries significant weight when you consider how reliant the economy is on soft skills. Three decades ago 83% of the value of an S&P 500 company was in its tangible assets—real estate, equipment, inventory. Today 87% of the value is in intangible assets—ideas, brand, or stories. 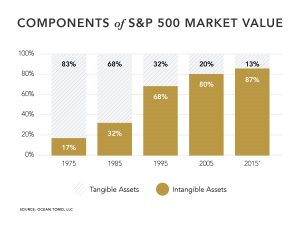 Companies that had paid workers to build value with their labor now pay them to create with their minds. The majority of companies’ value can no longer be delivered by trucks. Instead, the majority of worth is created, transmitted and maintained through soft skill mastery.

Developing mastery is also hiding in plain sight. The process is the same one practiced by athletes, artists and entrepreneurs.

More on that later. I have to find my phone.