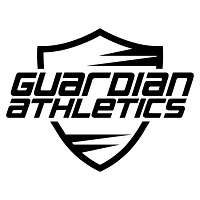 According to the Washington Post, more than 1 million high school students participated in football in 2017 but that was a 20,000 decrease from the year before. The ongoing concerns of head injury due to impact continue to plague the sport.

However, research shows that there are more forces working inside the skull after impact than just the initial force caused at the site of impact. It is known that whiplash concussions occur in football. Hits in which the helmet has no contact with an opponent or the ground. These forces cannot be addressed by the helmet as it moves the head after impact. This can only be addressed outside the helmet by slowing it down.

Entrepreneur Jeff Chambers has dedicated his life to sports and is working to change the way we look at safety in football. With his invention of the Kato Collar he is looking to change the mentality that concussions are something you treat after you get them.

Q. What led to this point?

Q. What is your business?

A. Guardian Athletics is an innovative-driven sports company dedicated to player safety, introducing and patenting its flagship product Kato Collar in April 2018, designed to prevent concussions and the brachial plexus injury (burner/stinger).

Q. What problems does your business solve?

A. Kato Collar is the first and only safety device outside of a helmet to reduce forces causing concussion as well as preventing the burner/stinger neck injury. Kato Collar focuses on the deceleration of the brain after the initial impact of a hit. By focusing on this, Kato Collar’s design performs three things: 1) Slows down the helmeted head reducing the forces to the brain inside the skull after impact where concussion also occurs;  2) Prevents the head and neck from moving forcefully past the end PROM where contrecoup concussion and BPIs occur; and 3) Allows full AROM (active range of motion) for optimal performance so players will wear it.

Q. What is the origin of the business?

A. In 1998 I had an athlete who got a burner/stinger neck injury. I began tinkering with existing products, trying out new ideas, and started down the path that has led to where I am now.

In 2007, an entrepreneurship class at Minnesota State University worked with me; we entered a contest through Greater Mankato Growth and won a $5,000 award and that is how Kato Collar got started. I have been working on it ever since.

Q. What big obstacle or hurdle did you have to overcome?

A. After receiving the Brian Fazio Business Creation Project Award, I used that money to get the initial CADs (computer-aided design) done and to seek out advice on prototyping and manufacturing. All the advice I received said to seek out a license and manufacturing agreement with a company that already created protective gear for athletes. I did this for the first three years and two companies were very interested, but eventually backed away from my product in late 2011. It was at this point that the money I had, along with the grant, was not near enough to move forward.  I had to decide whether to continue. It appeared the only way this would happen was to manufacture and take it to market myself. I went out and raised $30,000 and was able to complete the patent and continue building Kato Collar.

Q. What personal strengths or skill sets do you bring to the business?

A. My faith and my passion. Without these two things I would not have had the courage to move forward to bring Kato Collar to fruition. My concentration is on thought leadership for the company and any way I can help in capital raising.

Q. What are you most proud of?

A. My perseverance, strength, and courage to step away from a profession I had been practicing for 35 years. I was comfortable to do something uncomfortable and move forward with Kato Collar when most people told me it was impossible and that I couldn’t do it. In fact, many people did not believe in the emerging science behind brain injuries and willingly shared that lack of knowledge. We have done something that current equipment does not, and cannot do — slow the head down after impact.

Q. What obstacles must you overcome to be wildly successful?

A. We must shift the paradigm of thought about how to prevent concussions. It is really very simple, but throughout history the helmet has been the only protective device designed to protect the head. It is ingrained into our society. We must change the following two myths: 1) Collars only deal with neck injuries and 2) Helmets prevent all concussions.

Q. What would be success for your business in the next 2-3 years?

A. I measure success one brain at a time. There are monetary milestones, investment goals, sales numbers, and all those measurables, but, those come as a byproduct of doing the right thing. We will change the way safety is looked on in football, that is our success. When we do that, everyone makes money and all those traditional benchmarks are easily eclipsed.

Q. In your opinion, what does it take to be a great entrepreneur?

A. Faith and passion are what I believe to be the key qualities to becoming a successful entrepreneur. I have heard some say until you have failed one time you are not a true entrepreneur. I totally disagree!  I asked myself what would I do if I was not afraid? I did not know how and when, but I knew it was going to happen. You must be humble and willing to learn from other’s experiences and learn from your own mistakes. At times it can be overwhelming! You trust and believe, move forward, and make sacrifices.

Q. How did the James J. Hill Center and 1 Million Cups Saint Paul help you with your business?

A. We are still early in our relationship, they have helped us gain exposure and recognition.

You can hear from startups like this every other Wednesday, 9-10 a.m. at the James J. Hill Center during 1 Million Cups St. Paul. Visit jjhill.org/calendar for scheduled dates.The James J. Hill Center is a nonprofit in downtown St. Paul that provides access to business research, educational programming and a place to work. The Hill is open to the public  8 a.m.-4 p.m., Monday-Thursday. To keep updated on what startup is presenting next or to apply to present, visit www.JJHill.org/1-million-cups