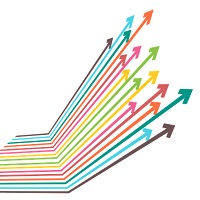 Strong Data for Minority Own Businesses

There is very strong data to support investment in minority owned businesses in Minnesota. Data from the 2012 Survey of Business Organizations and the Annual Survey of Entrepreneurs 2015 reveal these important insights.

1) Minority business created more jobs than the largest employer in Minnesota: The Mayo Clinic, the largest MN employer, employed 39,000 jobs, estimate of DEED. Minority owned businesses as a group in comparison, employed over 70,000 people with an annual payroll of $1.7 billion.

6) The fastest growing industries for minority firms were mining, utilities, wholesale trade, transportation and warehousing, management and other services: The number of minority owned firms in five out of 18 industries more than doubled between 2007 and 2012.

Most of minority businesses are at the critical stage with sales between $100,000 and a million dollars. Policy attention is needed to help them grow. Our study of African immigrant entrepreneurs revealed that they needed most help with marketing and new product development apart from access to capital. Female entrepreneurs had unique needs compared to male entrepreneurs. Most of these entrepreneurs received very little help from public or non-profit organizations.

Research shows the minority economic status improves when minority entrepreneurs are successful as the wealth base of the community expands.