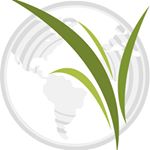 The Short-Term Benefits of Long Roots

The Original Thinker Series explores local innovation in entrepreneurship, the arts, and our community one pioneering mind at a time.

Vetiver Solutions is an impact-driven company committed to reducing poverty and malnutrition in Haiti by making sustainable farming profitable.

“We take a grass called vetiver that is really good at preventing soil erosion and we’re turning it into a cash crop,” says Jesse Abelson, Co-Founder and CEO.

In a nutshell, Vetiver Solutions incentivizes farmers to plant vetiver grass along the edges of their crops. In the short term, the company purchases the harvested shoots providing an immediate profit to farmers. In the long term, the roots of the vetiver plants—which can reach up to 20 feet in depth—naturally prevent soil erosion with the goal of better crop yields and decreased malnutrition.

The seeds of this venture were planted as far back as 2013 when Jesse began traveling to Haiti to work as an emergency medical technician. Over time, Jesse became frustrated by the preventable deaths they were seeing at the hospital.

“By the time they got to us, it was too late,” says Jesse. “I wanted to do something that tackled the actual problem instead of just reacting to it.”

Through a course at the University of Minnesota, Jesse and his co-founders began developing their idea. They found that vetiver already exists in Haiti and is one of the most effective living plant barriers for preventing soil erosion. However, when farmers plant vetiver in Haiti they are often looking to turn it into vetiver oil.

“The problem with distilling [vetiver] into an essential oil is that the oil comes from the roots of the plant,” says Jesse, “and those are the parts [of the plant] that we would like to keep in the ground.”

In order to prevent soil erosion, Jesse and his team needed to come up with a way to make vetiver profitable in the short-term for properties other than its roots.

It turns out that the shoots of the vetiver plant can be broken down into fibers which can then be used to make many products including particle board, paper, cardboard, and yarn. This last category is where Vetiver Solutions sees the biggest market potential.

It is energizing to talk with Jesse about this work and the cautiously idealistic and practical approach he is taking with Vetiver Solutions. Overall, what makes Jesse and his team original thinkers is that they have come into this work with a grounded humility.

From the beginning they have partnered closely with a locally run non-profit, MIJABA, to develop a relationship with the regional farmers’ association. Instead of coming in as experts they have respected local leadership and expertise.

What is next for Jesse and his team?

The Vetiver Solutions team is now moving from a research and development phase into marketing and sales with the hope of bringing their first products to market soon.

While Jesse doesn’t think vetiver products will be a household name yet he is excited to get into a few stores and start selling product regularly. Keep your eyes out—it is not every day that you can buy a product that is not just “conscious” but socially and environmentally beneficial.

Learn more about Vetiver Solutions and follow their progress at vetiversolutions.org.

Written by Christopher Christenson, Program & Event Coordinator, at the James J. Hill Center.  Have an idea of a person or organization to feature in this series? Send your recommendations to [email protected].